Six Great Reasons You Should Never Use Google AdWords Express 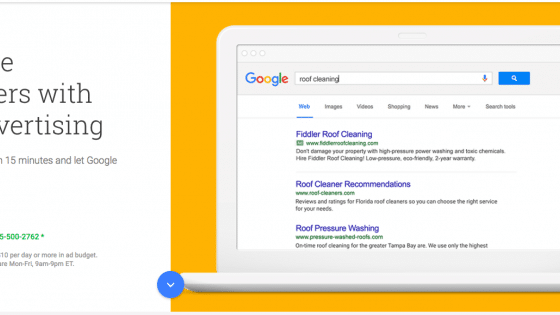 AdWords Express provides a fast way set up a simple Google AdWords PPC advertising campaign… but a really terrible way to set up a good AdWords account, it’s a method that will almost certainly cost you more money in clicks than you make in sales.

First, what exactly is AdWords Express? I must admit that in years of PPC advertising (I first started working with PPC early this century, and wrote Pay Per Click Search Engine Marketing for Dummies a decade ago) I had never used AdWords Express, until I recently examined a client’s failing AdWords campaign. (Express has been around for six years now, though it was originally named Google Boost.)

AdWords Express is essentially a simplified version of AdWords (you can find it here: https://www.google.com/adwords/express/). Unfortunately, sometimes simplifying equals dumbing down, and that’s just what’s happened with AdWords Express. It’s dumbed way down, making it a simple task for just about anyone to set up an AdWords text ad within minutes, and to lose money almost as quickly.

So here are the 6 top reasons you really shouldn’t use Google AdWords Express:

Ironically these six problems include four of the most significant mistakes made by marketers new to PPC. They don’t pick their keywords carefully, they display their ads on more than search results, they broad match their keywords, and they don’t track conversions. Google has taken the four worst mistakes, and programmed them into the AdWords interface!

You Don’t Get to Pick Your Keywords

Keywords are the basis of just about all online marketing, the very foundation. Words provide a way for you to connect with your prospects, so if you don’t understand the particular terms that your prospects are using, you’ll find it hard to connect. Google AdWords Express provides very little flexibility in keyword choice. You provide Google with a URL or keyword — not just any keyword, but one from a limited list that Google provides — and then Google picks your keywords for you.

AdWords Express displays your ads almost everywhere Google AdWords reaches: Google search results, Google Maps, the Google Display network, and Google Search Partners. I won’t go into what all these are right now, but it’s generally a bad practice to start off a PPC campaign pushing ads to all these areas. It’s much safer to get it working properly in the search results, and then experiment with these other locations, because there’s a good chance you’ll lose money in the last three channels, at least until you fine tune your campaign.

You Have No Control Over Everywhere

One problem with pushing your ads to, say, the Display network, is that in order to manage such campaigns properly you really need to be able to filter and target — to select potential sites and to exclude other sites. Otherwise, your ads will end up in very unproductive locations. Your ad for fishing rods may end up on online game sites, for instance. But AdWords Express doesn’t allow you to do this. It provides no control over where your ads will appear. This is like dumbing down a powerful motorbike by putting training wheels on the back and removing the brakes.

Your Ads are Broad Matched

One of the biggest mistakes neophyte PPC advertisers make is to let the PPC networks broad-match their keywords. Without going into detail about different match types, let me just say that broad matching lets Google decide when to display your ad; so if you’re an car mechanic and you bid on denver car mechanic, your ad may be displayed when someone searches for becoming a car mechanic. I’m not saying that broad matching can’t work, it can, but almost never without very careful tracking. For instance, you need to be able to see what search terms trigger your ads and be able to assign negative keywords to block the ad in some circumstances. But …

It’s ironic — Google AdWords Express has two characteristics that only work when you control your campaign very carefully: the broad distribution of your ads, and broad matching. Then it doesn’t give you the tools you need to control the campaign. It’s almost like they want you to waste money on clicks. [Insert Conspiracy Theory Here]

AdWords Express will show you how many clicks you get, which you do need to know of course. But there’s another step many newcomers miss, and that’s tracking conversions. What use is it to get 1,000 people to your Web site, at $1 a click, if you only convert one in a hundred with a gross profit of $20 each sale?

I’ll do the math for you… you’ll spend $1,000 on clicks to generate a gross profit — revenue minus cost of goods — of $200, which of course is only a profit until you subtract the advertising cost, at which point it turns into an $800 loss. Of course you won’t necessarily know this, unless you add conversion tracking. Which Google AdWords Express won’t let you do!
I could go on, but what’s the point? AdWords Express is a cool little tool that will simplify your advertising effort, and you should never use it. Simplifying a process is a nice idea, but when simplifying means dumbing down, and when dumbing down means you’re going to lose money, then move on and find another route to getting your ads online.

Oh, wait, it’s good for Google, though. Your wasted advertising dollars allow the company to invest in self-driving cars, quantum computers, and Google Lego. So, okay, go ahead and use Google AdWords Express … if you’re feeling charitable. Or better still, save some time, and just mail a check to Google.